From RemyWiki
(Redirected from 華蝶風雪)
Jump to navigation Jump to search

Not to be confused with 華鳥風月. 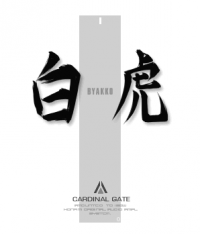 Since I'm Byakko, the White Tiger, tried to produce something
that evokes images of a snowy Japanese panorama.

Flashy and brilliant and brimming over with power, truly this is Byakko.
The Japanese-style melody that gets stuck in your head easily is really nice.
It's beautiful and charming, but it's very valiant.

Byakko and the man riding him build up a nightmarish mountain of corpses on the battlefield;
This is the sort of bellicose dance I tried to draw.