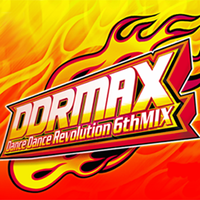 All songs have Single/Double LIGHT/STANDARD/HEAVY charts. DDRMAX doesn't use difficulty levels. Songs are listed in in-game order, instead of being sorted alphabetically.

To play this song, two songs by either BeForU or Riyu Kosaka (小坂りゆ) have to be cleared before the FINAL STAGE. The possible songs are:

true... (trance sunrise mix) will then be available to play for the FINAL STAGE. Unless the arcade operator has unlocked all the hidden songs, this is the only way to play the song.

To unlock this song, you must clear a HEAVY chart with a rating of AA or higher on your last stage. MAX 300's HEAVY chart (Single or Double, depending on current play style) will become available as your EXTRA STAGE, with no way to change the difficulty or the song.

The EXTRA STAGE is on a "Pressure life meter"; it starts out at maximum health, but will not be replenished. In addition, the SPEED modifier is locked at x1.5, SCROLL is locked to Reverse, and the score counter is replaced by a timer displaying the elapsed time.

The ONE MORE EXTRA STAGE is on a "Sudden Death" (RISKY) life gauge; breaking your combo or getting an N.G. on a Freeze Arrow instantly fails the stage. As with the EXTRA STAGE, the x1.5 and Reverse modifiers are in effect, and a timer indicating elapsed time replaces the score counter.

Like 5thMIX, DDRMAX has only one unlock code available. When used, the one hidden song and both boss songs are automatically unlocked.

Every song that was present in DanceDanceRevolution 5thMIX was removed.