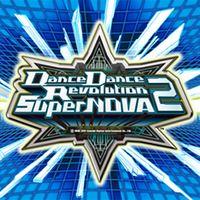 The first five songs are each associated to one of the GROOVE RADAR five parameters: STREAM, CHAOS, FREEZE, AIR and VOLTAGE. When a parameter reaches 100, the corresponding song is unlocked. In order to raise each parameter to 100, the player have to play songs that contain a high value of that parameter. In the case of DEAD END, it requires to have filled all of the five parameters to 100 in order to unlock it. On April 10th, 2008, the unlock period expired and these songs have been unlocked for normal play for everyone.

ZUKIN WARS was a monthly event exclusive to e-AMUSEMENT members. In it you're assigned to one of three teams - Red, Yellow, and Green. Before the Final Stage, you will receive a message with specific instructions. Complete the mission, and you'll defeat what the game calls "Dark Dancers". Defeat a certain amount will unlock a new song. Anyone on that team will also receive that song.

On FINAL STAGE, the available difficulties for Unreal, NGO, TRIP MACHINE PhoeniX, PARANOiA (HADES), Pluto, and Pluto Relinquish depend on the performance grade the player obtains on any stage prior to FINAL STAGE:

By clearing the above songs (or RANDOM, using the available difficulties for NGO) on FINAL STAGE with a AA or AAA, EXTRA STAGE will be available afterwards.