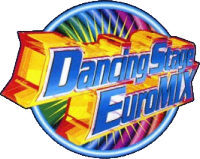 ※ This chart is different from the later DOUBLE MANIAC chart

Two courses are not included in the table below: CAPRICE and ROULETTE. CAPRICE songs are selected randomly by the game but the player will be able to see the selection before starting, while ROULETTE songs will be kept hidden from the player until they have to play them or songs will be picked at random during the game. Unlike DanceDanceRevolution 3rdMIX, the difficulty level is chosen by the player; all songs will be played on that specific difficulty.

Every song that was present in Dancing Stage was removed.