REFLEC BEAT limelight is the second installment of the REFLEC BEAT series. 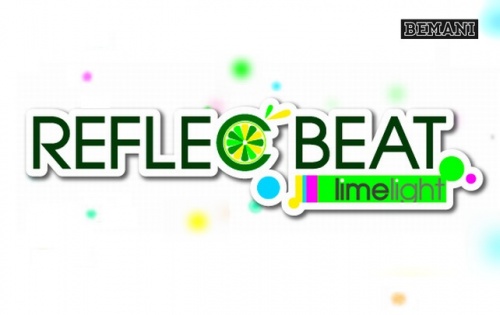 In order to unlock these songs, special requirements have to be met. For more details, see the Triva section for each of the songs below.

In order to play the FINAL ROUND songs, special requirements have to be met. When the songs are played as FINAL ROUND several times, they will be unlocked to the default songlist and the next FINAL ROUND song will be available.

The fifth and final part of Lincle LINK involved beatmania IIDX 19 Lincle and REFLEC BEAT limelight. By raising their Glass Level, the players can unlock crossovers from the beatmania IIDX series.

In REFLEC BEAT limelight, the main unlock system is called Glass (グラス) and require filling various glasses with lime (ライム) in order to unlock new songs. A variety of Glasses can be found in the game:

Players earn APPEND ENERGY (AE) by playing the 7 participating BEMANI games, and use it to unlock the collaboration songs for play in jubeat. The AE may also be used to purchase add-ons for other games such as customization options and abilities. In REFLEC BEAT, three jubeat Glass (jubeatグラス) were added with jubeat crossovers to unlock.

The following songs have received new ratings since their last appearance in REFLEC BEAT:

The following songs have received notecount changes since their last appearance in REFLEC BEAT (all of them are on HARD difficulty):

The following songs from REFLEC BEAT have been removed: