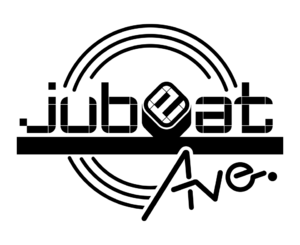 LIGHT CHAT is jubeat Ave.'s main unlock event. e-amusement is required to play the event. It cannot be entered while in local matching.

To unlock a song, you have to decipher the messages sent by your chat partners, which can be done by accumulating the in-game currency, jwatt, and use them to completely fill a gauge. Different amounts of jwatts are needed to complete each message. Upon completion, you will be awarded one of the following: a title, title part, BONUS TUNE GAUGE points, jbox pieces, or a song. The final message of each character will always be a new song.

jwatts can be obtained in several different ways. After clearing a song, jwatts are given equal to the score divided by 10,000, up to a maximum of 100 jwatts. Extra jwatts are obtained when clearing the song with a FULL COMBO and/or an EXCELLLENT. Playing daily and weekly recommended songs, FULL COMBO CHALLENGE, or CONTEST also give you extra jwatts.

The first time you play the game, the character SMITH will be automatically selected as your chat partner, and he will have only one message to decipher. Afterwards you'll be given a selection of characters to choose from. By completing certain characters or certain conditions, new characters can be unlocked. Some of the more difficult conditions are relaxed over time, when enough players have fulfilled them.

"JUST CAME" characters, which are time-limited characters that are available during certain periods, can be selected after completing SMITH.

BOOST MISSIONs, shown in the character selection and song selection screens, speeds up the process of unlocks. A message has a set of up to three different missions. By completing the listed missions, the player is awarded jwatts. Some missions can also award batteries, which fill the decipher gauge more quickly. Missions with an infinite sign next to them can be completed every credit, while the ones without can only be completed once per message.

CONCIERGE is a special character who has only one message available, but can be selected indefinitely. From August 17th, 2022 onwards, if the player has not unlocked all songs from previous versions, completing the message will award the player a randomly chosen song. If there are no more songs available, BONUS TUNE GAUGE points are given instead.

The conditions required to unlock a character are the following:

Only songs new to jubeat Ave. are listed below.

Ichika no gochamaze Mix UP!

Ichika no gochamaze Mix UP! (いちかのごちゃまぜMix UP！) is a cross-BEMANI event that started on November 1st, 2022 and will end on January 11th, 2023. For more information, please see the event page.

The following song from previous jubeat releases has been removed: