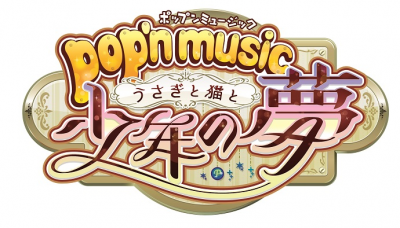 NAVI-kun to OOPArts meguri no tabi is the first unlock event of pop'n music うさぎと猫と少年の夢. It began on December 20th, 2016 and ended on September 27th, 2017. eAMUSEMENT is required to play the event.

After each credit, players can choose which OOPArt they want to collect from the map. Then, NAVI-kun will travel to the respective zone of the map, and will look for treasure chests. Treasure chests may contain deco parts or songs. The success of finding a treasure chest depends of the songs played during the credit and the performance on them.

NAVIfes is the second main unlock event of pop'n music うさぎと猫と少年の夢. It started on September 28th, 2017 and continued to eAMUSEMENT support for the game ended on July 10th, 2019. eAMUSEMENT is required to begin the event.

In this event, players help NAVI organize a live event. Once one of the STAGE flyers is chosen, players can acquire PT by playing songs. After a certain amount of PT is obtained, a song from that STAGE is unlocked (alongside its character if appliacable). A different STAGE can be chosen each credit, and progress on each of them is saved.

The PT required for each song is as following. Songs are listed in unlock order, and PT is carried to the next song: