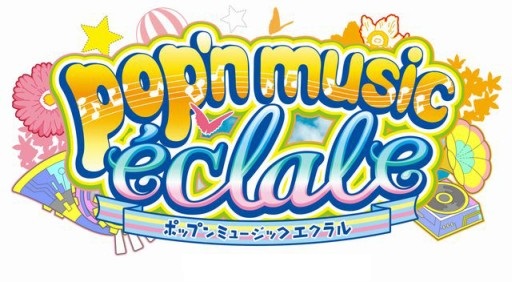 pop'n music éclale's OST booklet doesn't list any credits for the game. The following information is based on gathered information from staff comments.

Star Factory is pop'n music éclale's main unlock event, which began on the game's launch day. eAMUSEMENT is required to access it.

Only songs new to pop'n music éclale are listed below.

The following songs were added on February 1st, 2016 to all players who completed the pop'n fuyu no stamp rally (ポップン冬のスタンプラリー) event, which started on December 24th, 2015.

Both songs can be purchased in the Star Factory from March 10th, 2016.

To unlock the following songs, players must raise the Chikuwa Gauge (ちくわゲージ) playing ひなビタ♪ songs. Do note that each song has its own Chikuwa Gauge, and that the songs must be unlocked on each participant game (progress does not carry over to other games).

From February 24th to March 16th, 2016, players could vote for one of the 日向美ビタースイーツ♪ members in order to get her respective cover song from the Five Drops albums into each participant game. Players had to get a Membership Card by introducing a serial code given on the respective member's Five Drops album, or by filling the respective Chikuwa Gauge of the member on at least two games, and then collect chikuwa by playing 日向美ビタースイーツ♪ songs or by voting on the event website once per day.

By playing SOUND VOLTEX III GRAVITY WARS, the player will raise the infection level and unlock the following songs from the SOUND VOLTEX series during the respective periods.