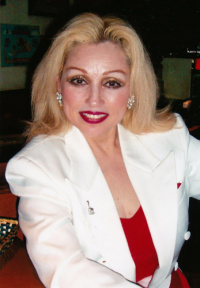 Anna Quinn Rodriguez is a singer-songwriter from the United States who collaborated with Sota Fujimori. From 1985 until late 2000s, she was based in Tokyo.

According to her LinkedIn profile, she no longer sings professionally and have since changed her career to become a realtor in the United States.

Her last BEMANI appearance was Sky Is The Limit on DanceDanceRevolution X2.