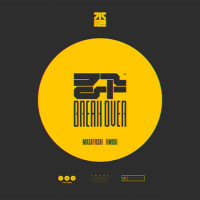 My name is MASAYOSHI IIMORI, I am a track maker.

In recent years, I have released songs for Japanese and overseas labels and I have appeared in various places in Tokyo.

I began listening to club music from music games and other TV game soundtracks, so it was a dream or goal to provide songs to the BEMANI series, but even through trial and error, I did not succeed.
Recognizing that "I am not suited to making game music", I started performing live events and working as a DJ at clubs, and other local activities and while composing music.

But even then, I felt sad that I was not working on a music game like IIDX at that time.

Although I had a hard time composing a BEMANI song for the first time, the sound of 150 bpm was creating excitement recently.
MOOMBAHTON, TWERK, a part that mixes the excitement of a dancehall, and also one of my favorite elements of the music games, the "speed change".
I will be happy if you can have fun!