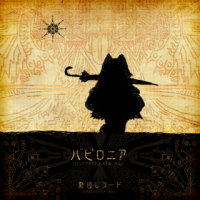 Hello. This is Gekidan Record.
With the theme of "great sorrow", I thought how I could compose this ethnic song?

For this song entitled "Babylonia", I often thought about a very scenic area.
Folk music as a genre is very multinational, with everyone thinking of different scenes and stories while listening to this music.
I would be very happy if you played this.

I also contacted kr:agué on Facebook, and he agreed to play the classical and acoustic guitar parts in the song.
Thank you for helping to make this song sound so good.
Thank you.