This page is for the song CANDY☆, a Luv UNLIMITED song from DDRMAX. For other songs of similar titles, please see CANDY (disambiguation).

Also, not to be confused with candii or Candy Star. 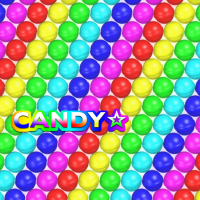 You have overcome many obstacles to unlock the song "CANDY" by Luv UNLIMITED. You should share this major achievement with your friends! After all, everybody loves candy!

beatmania difficulty rated from 1 to 9.
DanceDanceRevolution difficulty rated 1 to 10 from DDRMAX2 to SuperNOVA2, and 1 to 20 from X onwards. (Ratings and notecounts obtained from KANI KANI CRAB.)

※ This chart is different from the arcade chart (total notes: 69).