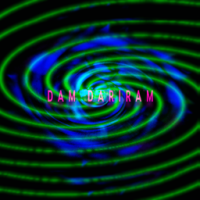 This song has a somewhat sad atmosphere. The dynamic love never stops.
Just kidding.
"Love is a lie! It's just an illusion! Stop fooling yourself with dreamy words forever!"
"What are you talking about?! You're just afraid of getting hurt!"
Just kidding.

The bass part of the music is beautifully in 4th notes, so I made the charts accordingly. I can say that this was the easiest delivery of the ones I was in charge of this time. The difficulty level is average, the tempo is moderate, and there are few tricky parts, so beginners and intermediate players may want to practice their footwork with this song.

※ This chart is different from the later BEGINNER chart (total notes: 65).
⁑ Denotes chart is unused and cannot be accessed through normal gameplay.
⁂ Denotes that no proper chart data actually exists.