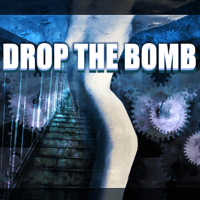 scotty.D was responsible for the lyrics.
I want you to focus on the meaning of the lyrics and the catchy melody line.
After you danced, you might found them very catchy....

DanceDanceRevolution difficulty from 2ndMIX CLUB through 5thMIX (and the Solo games) rated from 1 to 9, 1 to 10 from DDRMAX2 to SuperNOVA2, and 1 to 20 from X onwards.
No difficulty ratings are shown for HELLO! POP'N MUSIC or its American counterpart.
REFLEC BEAT to groovin'!! Upper difficulty rated from 1 to 10+, and from 1 to 13 in VOLZZA/VOLZZA 2. (Ratings and notecounts obtained from BEMANIWiki 2nd.)

※ This chart is different from the later BEGINNER chart (total notes: 84).