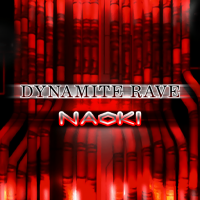 Debuting on DanceDanceRevolution KONAMIX, "DYNAMITE RAVE" was one of the most frequently selected songs by players.
Be sure to check out the new challenge level steps of the song as well as the new "B4 ZA BEAT MIX" in this game as well.

※ This chart is different from the earlier Double MANIAC chart, and correspond to the later Double CHALLENGE chart.
⁑ Denotes chart is unused and cannot be accessed through normal gameplay.
⁂ Denotes that no proper chart data actually exists.