Not to be confused with 華爛漫 -Flowers- by TЁЯRA, which is often called just Flowers. 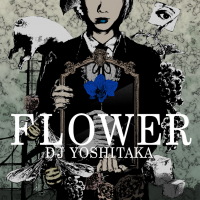 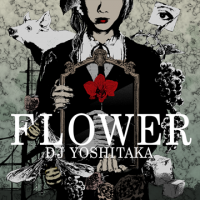 An impressive refrain is beautiful, a flower that bloomed inside of chaos.

Thank you for waiting, finally "FLOWER" has blossomed and was included in IIDX.
The ANOTHER "11" is also a good job.

I'm happy that this song was included in IIDX. Next one is DanceEvolution... Maybe.

In 2011, I planted a seed.
How much time would take, how much energy will be needed to sprout this seed? What is the color of the flower? What about its shape? How many petals...
Thinking about these issues, I planted it in a land called jubeat.
This seed germinated and "FLOWER" grew to be one of the most famous songs in the BEMANI series.
Now you can play it on every arcade game of the BEMANI series.
Anyways, please appreciate the flowers that are blooming this time with various colors and shapes.
And don't be afraid to touch them.
There are many things that can be challenging, just as you don't know what kind of flower will bloom by simply by looking at its seed.

Everybody, today is a nice day for comments.
Every day is colder than before, what is your physical condition?
Please be careful not to catch a cold.

Well, "TRANCE CORE / FLOWER" is one of the link event unlockable songs of the pop'n music Sunny Park location test. The location test times of pop'n and REFLEC were close, so we prepared something like a celebration.
The theme of pop'n music Sunny Park is "park", and since the visual effect of the unlocking system at the location test was a flower blossoming with the number of plays, this song stood first and foremost.
Such a popular track which was crossed over to various BEMANI games, will it have a considerable impact once it's unlocked?
I'm glad I was able to add flowers to fantasia and Sunny Park alongside "TWINKLE POP / Twinkle Wonderland".

In summary, PON made this comment instead of DJ YOSHITAKA, who was busy.
I feel nervous when I give comments to someone else's music.
I feel tense and serious as I can only say ordinary things.

While I was making it, I was loudly listening to the song, it felt really nice★

This video was edited from a DJ YOSHITAKA live video, so can see the DJ while you're playing... It would be great if you can feel how sound, video, and player are fully synchronized!

A seed that flies from a different dimension. It enters a body and starts to emit light, swelling and producing a beat, it runs freely and releases energy in many forms. That's the image that I've conceived.

When I listened the song for the first time, I jumped into a high-speed beat, and since it was "FLOWER", I caught its power and elegance and gave it a shape.

The feeling when you full combo this song is especially pleasant! I want you to feel it by all means☆

※ The notecount of this chart is different from the later EASY chart (total notes: 237).