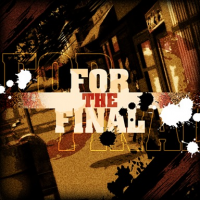 FOR THE FINAL's jacket.