This page is for the song Fantasia by TËЯRA. For the similarly-named but unrelated song A:FANTASIA by Nightmare, see A:FANTASIA. For the pop'n music arcade game of the same name, refer to its separate arcade page. 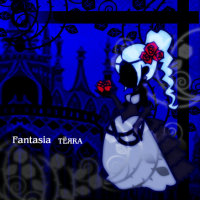