Not to be confused with Four Leaves. 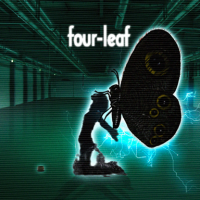 Originally, I was commissioned for this series, but only for one song.
However, in these circumstances, I had to make another song.
As originally planned, I wanted to make a song that was melodious yet racing.
I made this song with a J-rock melody (but with English lyrics).

Perhaps since this song came out the way I liked it, DJ Yoshitaka was very happy with the results.
In his circumstance, I could understand how he felt.
I really did not want to be in his shoes at that time.
There have been some misfortunes due to unexpected visits from other producers.

dj TAKA smiled at the song, and the story behind it.

So, this song isn't exactly what would be considered DJ material.
Ignoring this, please have fun playing this song. beatmania is so fun to play.