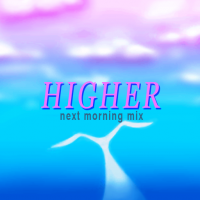 By incorporating a new vocal track, and having a simpler backing track than the original, this REMIX has a refreshing content that is suitable for "a clear sky without a single cloud", as the song title and the tune suggest.

You have unlocked the song "HIGHER(next morning mix)" by NM feat SUNNY. The original "HIGHER" debuted on Dance Dance Revolution KONAMIX and this mix is a new arrangement of the tune. Be careful, the steps are more challenging than the original.

DanceDanceRevolution difficulty rated from 1 to 10 from DDRMAX2 through SuperNOVA2, and then 1 to 20 from X onwards.

⁑ Denotes charts are unused and cannot be accessed through normal gameplay: