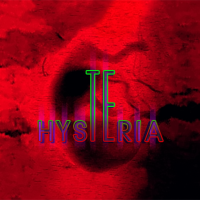 "HYSTERIA" by NAOKI 190 is a fast-paced R&B song with rap lyrics and strong female vocals. Debuting on Dance Dance Revolution KONAMIX, "HYSTERIA" offers a combination of speed and tricky dance steps - difficult enough to throw every dancer into mass hysteria! Check out the new "2001" mix in the Nonstop game mode.