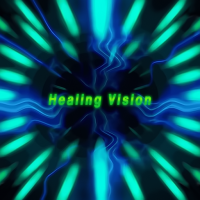 You have unlocked the song "Healing Vision" by DE-SIRE. By fusing opera-style vocals, jazzy and dark drum'n'bass beats and ambient melodies, the song has pioneered a new sound while being very relaxing and therapeutic for the mind. Have you checked out the faster "Angelic mix"?

DanceDanceRevolution difficulty from the 2ndMIX CLUB through 5thMIX (and the Solo games) rated from 1 to 9, 1 to 10 from DDRMAX2 to SuperNOVA2, and 1 to 20 from X onwards. (Ratings and notecounts obtained from BEMANIWiki 2nd.)