Not to be confused with Heaven. 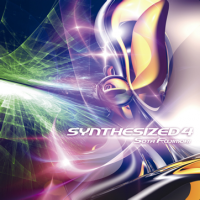 I was asked by the production team to make another majestic and airy trance song similar to Fly Above.

Since there was so much satisfaction with the lyrics of Fly Above, we asked Ms. Aimee to write and sing the lyrics to this song again.

Most of the lyrics in Fly Above inspired me to make this song. Also, a lyric in the song, "there in heaven", gave me the title for the song, "In Heaven".

It is a love song about meeting together in heaven. Please choose this song and listen.

So when I listened to this song, I immediately imagined a view of a world for the music.

While designing the animation for this movie, I imagined myself being drawn into this world.