Kawariyuku jikan to nostalgia to 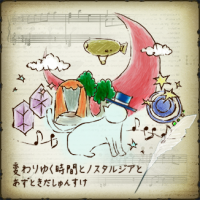