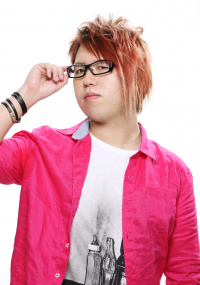 Kento Oizumi, better known as DJ Noriken, is a Japanese hard dance and hardcore producer. He owns the SKETCH UP! Recordings label and is a member of the HARDCORE TANO*C circle. He usually contributes to nearly all major doujin labels and also works as a mastering engineer for most of the high-profile label releases.

His musical style is very varied, being well versed on hard dance and hardcore. He also contributes with psy trance, tech dance, EDM, rave, freeform, trance and drum'n'bass tracks, as well as trap, twerk and moombah for certain circles.

Kento Oizumi has made various tracks under different pseudonyms, most notably "The Harder Disco" and the recent "n.o.d.e".