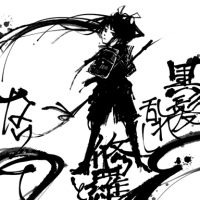 For the sake of protecting my beloved country, I will engage myself into carnage. Everyone, to the front! Let's prepare for battle!

First off, we were talking about what Muramasa Qualia is.
But before that, we wondered what Red Litmus was.
Well, I'll skip that story later.

Since this time we are talking about the Sengoku period, I was already thinking about the song title, "The Imperial Court shall be overthrown!"
Even though I came up with a lot of ideas before deciding on the song title.
However, we decided at the uncles' idle gossip meeting that we needed to have a legitimate and orthodox theme, so we decided to go in a rather straightforward direction with the theme of princess warlords.


And then there is Nadeshiko Metal.
Speaking of Nadeshiko, the theme of "Rin to shite saku hana no gotoku" was a little bit of a strange kabuki princess from the Genroku era.
The theme of the song "Kurokami midareshi shura to narite" refers to a princess of a small country in the Sengoku period. It's like a family in danger of being attacked by a big country.
shio was wondering, "What would an actual princess warlord look like."
I remember having a hard time choosing from the various princess generals in the character ideas!

The song has a grand atmosphere of a period or historical drama, but overall, I tried to keep the "Yamato Nadeshiko" atmosphere with the same Japanese beauty and sense of speed speed as in Nadeshiko Rock.
Chata, the vocalist, did a great job of expressing the dignified Nadeshiko Princess atmosphere!
I forgot to put the metal somewhere else, though.

And Muramasa Qualia, right?
Muramasa is a famous sword that has been plaguing the Tokugawa family for a long time, and was thus known as a demon sword.
Qualia is simply a feeling. It is a feeling of redness or coolness.
Muramasa Qualia = Muramasa-like feeling = the feeling of being troubled by a great power and passed down in legend.
In other words, it's a victory over the strong. It's very warlike. I got it!

I just thought of it now.

Nice to meet you, I'm Chata.
I'm very honored to be able to participate in this song.
I wrote the lyrics for this song, but I was very nervous because it was a challenge for me to write a song in a new genre, "princess with a strong core".
My hands are not very responsive when it comes to playing rhythm games, so I'm mainly a spectator.
But I think I'm going to try my best to play this song.
If you like it, please give it a try.
Thank you very much for your time.

※ The notecount of this chart is different from the old 5-Buttons chart (total notes: 222).