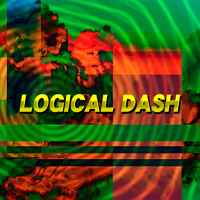 I made the theme of this track to be "difficult but interesting" while keeping the Final Stage in mind. As I played the song countless times and rewrote the chart, I found that it changed into something entirely different from my initial plan. Try singing "uppo! uppo!" as you play along to the song. Feels good, doesn't it!?

You have unlocked the song "LOGICAL DASH" by DJ TAKA. This song is pure unrelenting hard house.