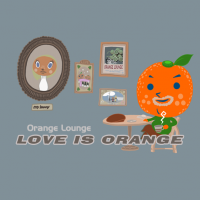 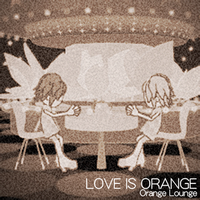 Anyone who grinned at the title was probably raised very well. One of their parents was probably a pretty big romanticist too. This song is definitely a song for that wonderfully moustached dandy in a far-off corner of your childhood memories. So, this song follows in the pattern of the ones before, but also feels like it's taking off somewhere else. Even the lyrics are a little scary, even ruinous. The color orange is a color of madness.

This was going to have a generic video at first, but we felt that the video should at least reflect the song's atmosphere, so we hurriedly put together an all-purpose work using clips from past Orange Lounge videos.