This page is for the 猫叉Master song titled Life is beautiful. For the コバヤシユウヤ song that appears in SOUND VOLTEX BOOTH, please see Life is Beautiful. 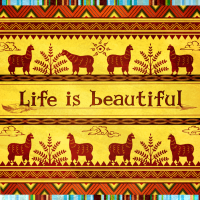