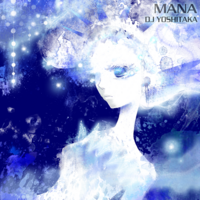 Note: The first section of the lyrics is spoken, and does not appear in the lyrics booklet.

This song received an audio comment from composer DJ YOSHITAKA.
We hope you enjoy the uneasy feeling between the two people.
※In the latter-half, DJ YOSHITAKA says "Ta-u-"... His saying means "a sung song".

Under the deep, deep sea, lives a siren.
If we didn't meet, would we have never known these feelings...?