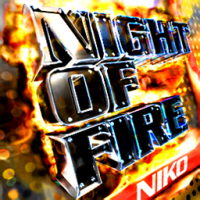 A popular dance track in Japan. Watch the cool DJ play of Huey, Dewey, and Louie!