Not to be confused with 嘆きノ森. 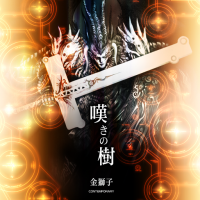 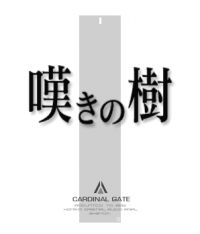 The tree of lamentation.

I've never had as much trouble writing a song before as I have with this one.
No, that's not true. It's not that it was difficult. I didn't know what I should write.
I've written so many OMES songs before. It's not something to get worked up over anymore.
However, this song is the king of kings who appears after you beat the four kings.
However, the one who bears the burden of the celestial kings can only be an exemplar recognized by everyone.

With all that in mind, what should I write?
Drum'n'bass? Would happy hardcore work? Maybe some baroque mixture? Everything I tried to picture just came out as a regular king. I just passed time without ever finding the king of kings.

It can't be some existing style. It has to be something that's never been in IIDX.

... something that hasn't existed before.

Those words triggered a memory of a certain musical style.

Atonal music.
At around the turn of the century, a certain group of musicians became tired of writing music that conformed to the existing musical concepts centering around the do-re-mi-fa-so-la-ti-do scale, and began to study a new type of music that would completely overturn the foundations of conventional musical theory. This "experiment" garnered praise from a certain set of music fans and has continued even to this day in various forms, but it's not really that accessible to most people, and it's extremely rare that it shows up on the mainstream music scene.
By the way, minimalist techno is usually considered to have developed from the 12-tone technique that grew out of the atonal music movement, but that's probably another story for another time.

The atonal music experiments from 100 years ago. This fits our image perfectly, doesn't it?
Yet, all that remained in my memory were hazy recollections of music classes long ago, and I really didn't know anything about modern music. And I didn't have any time to learn.
Relying on my own senses, I started work on a dissonant, strange, intense music. The chords and scales you think about when making normal music don't exist here, and it felt a lot like putting together the pieces of a jigsaw puzzle.

Still, I could never quite hit upon what I was trying to create, other people didn't really seem to get it, and even I couldn't understand the piece that well, so I added some Baroque-styled themes to develop the song which ended up giving it a very game-music style essence.
The song truly came to life when GOLI gave it the name "Nageki no ki".

Come to think of it, if I'd never had to make a song to be the king of kings, this song would never have been born.
As I'm ensnared by its peculiar sense, I have to give thanks to beatmania IIDX for giving me this opportunity.

Indeed, that grief is as my own sustenance.

We sure went through a lot. This might be the song that's even given me the most trouble for animations ... The big boss after the four celestial lords. There's huge amounts of scales in the song, and I have to make something that fits what's in the song. And, I had to spend a lot of time in production thinking of something that wouldn't spoil the atmosphere of the song. This was pretty hard.

Rather than try to call out any specific gods by name, or anything like that, I thought I'd make something a little more abstract, and picked up on the feelings of worry and emotional weariness. A few related phrases scroll by on the screen below the monitor. If you've got free time, try reading them all. It's just a bunch of depressing words, nothing more.

This lump of feelings really seems to summarize the detritus of modern times. This idea of "grief" serves to spin at the core of the layer animations for this song. And the monster gods around it... these are the spirits of those previously laid to ruin by the four devas, now revived by the "tree" of "lamentation" that envelopes these times of ours. The key animations for "Nageki no ki" are all golden to fit the name of the Golden Lion. It's an image of left-over greed, useless confrontationalism, and finally an ominous ruin.

That's how we planned out the Four Devas project, which was full of fantasy elements.
What do you think of it?

I think a lot's happened and it's been rough,
but thanks a lot to all the staff who participated in this project!