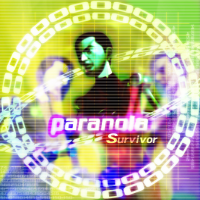 PARANOiA... Of all the songs I made, this song has the strongest connection to the DDR series.

I believe that many DDR players still have clear memories of it...

The long time sealed PARANOiA, in its final form has become "PARANOIA survivor".

My thoughts... Because it's EXTREME, I want to finish with PARANOIA survivor......
The last PARANOiA was born, while reminiscing about everything from the time of DDR production, to affirm the present.

Continuing the imagery of the PARANOiA tradition... It doesn't feel like a survivor.

I tried to make a movie in which a DDR cabinet is assembled. At the end, the MAX2 marquee is replaced with by EXTREME. However, if you fail halfway, the assembly won't be completed.
I tried to express a feeling of suspense.