This page is for the 180 song titled PARANOiA. For other songs of the same title, please see Paranoia (disambiguation).

Not to be confused with PARANOID. 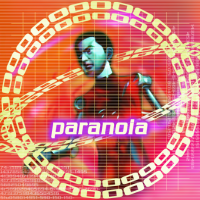 ※ This chart is different from the later BEGINNER chart (total notes: 106).