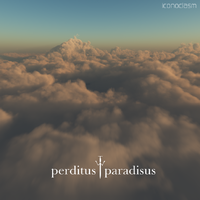 "The most emblematic and terminal sound you will encounter at the end of your journey in search of Resort Anthem."
...I tried to make some images that would convey this feeling.

If we call this the "end point", then the moment you take another step, your memory will be overwritten to say that this is the "starting point".

Have a good journey!