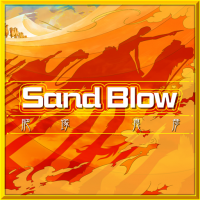 This is Yoshihiko Koezuka, who usually works in GITADORA.
So DDR... what is dance music? Well, because I do not know, I do not feel scared, instead I feel rather free.
I thought an inorganic feeling would be better than a melodic one, so I worked hard on the rhythm and riff of the intro~A melody.
But shortly afterwards, when there was a little of guitar solo development, I changed it to riff... patience ^^.
The climax melody is super easy to remember. I think that I completed a passionate song as a result.
I will be pleased if you can feel the passion of a glimpse in a dry space.