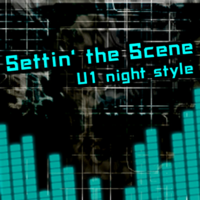 Because we want love,


we put on some music.

U1 brings it down a notch and produces a smooth, vocal ride. R&B sounds, midnight grooves, and liquid vocals all set the scene for a night of dance and motion.