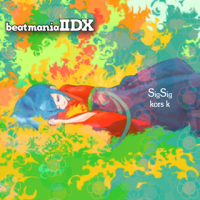 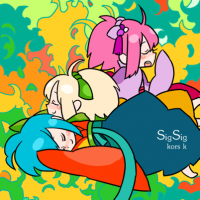 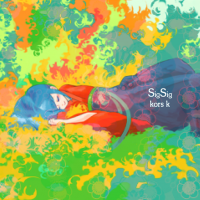 When I made this song, I thought it would be nice to make something for girl BM players. So, I came up with a kind of cute melody, and arranged it into something that I thought would make for interesting gameplay. (Real "makina" music is usually a lot simpler!) I hope it all makes you think of summer and cute things! Oh, about the title, "SigSig". It does mean something, but it's too embarrassing to tell you, so I'm not going to ^-^;

I made this song while worrying over a single keyword that kors k gave me.
○○ ... what the hell is that supposed to mean!?
The keyword is a secret ... is that okay, kors k?

I was overcome by this image of peace the first time I listened to this song.
At the same time the girls from kors k's song in RED, "HORIZON", flew through my brain.
I finished it up by mixing the two ideas floating in my brain in the style of a nostalgic girl's comic book.

※ These BEGINNER charts are different from its later arcade appearance (total notes: 267).