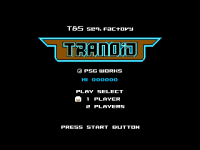 The recent evolution of sound software and equipment has produced spectacular music.

Electronic instrument systems, in particular are striking - producing high quality digital music, lower overall cost for the equipment, improved ease of use and convenience. Anyone, in a few months, even without any knowledge of music-making and with little money, can sound like a professional.

Now, listening to earlier techno and trance music, without all of these extras, one can hear how rough the sound was, but at the same time, hear how talented the artists were. To make a sound like that took a lot of time, money, and effort. Knowing how much time was needed to create songs, I often talked about it with my friends.

The evolution of music production has increased competition between musicians since the costs have gone down. However, these lower costs have also meant lower production values, which bothers some musicians.

So, in this current era, I decided to throw off all of this advanced technology, to use pure game music, using plain beeps and noise!

... and with this ambitious undertaking, ran into a lot of trouble.

This was actually hard.

So, eventually, with the help of Seiya Murai. helping with making actual game sounds, we evetually got the song made. I also received some help from some friends back in Itabashi.
The T&S stands for Taka and Seiya, respectively.
Still, Mr. Murai truly did a lot for this song.

The genre, PSG works, is a bit of a misnomer, since I feel the song is more enthusiastic with the chip tunes in it.

She is at a Japanese store, trying to think what kind of new TV she wants to get, perhaps a cool one with black and silver outlines which I like...

Suddenly, she gets sucked into the TV and sent into a world of IIDX to play. Yeah!

After getting over the shock and excitement of what occured, she decides to get through one song at a time.

While she was hitting her enemies in the head, I tried to make a clean cut of the movie.

Production assistance was provided by TOCHI.
He sent me a screenshot of the chart so I could have a reference to where the enemy characters were located. I thank you for your assistance.