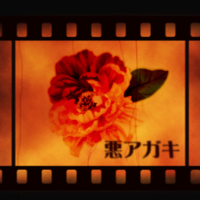 The motto for this song is "more swinging, more danceable".
Swing originates from dance music, after all.
The lyrics and vocals were once again provided by MAKI.
I often hear the term "marriage blue", but I wonder what it feels like.
But it's nice to be able to spend time together with those you love, isn't it?
I also enjoyed recording the horn section.
Jimmy and I went to a studio in Kobe, and it blew me away♪

This time, Captain Ono and I once again had a lot of fun making a song together.
The jazzy scent is retained and the finished pattern contained a very stylish atmosphere.
The vocals and lyrics provided by MAKI are perfect this time as well.
While combined with a slightly somber melody, it creates a "slightly strange world" that I like so much.
I think it has a true Japanese swing feeling, consisting of swinging and swaying.
I couldn't help but say "Young lady, would you like to dance with me?" and invite her to dance together....
But I can't dance, so I couldn't invite her. What a shame.