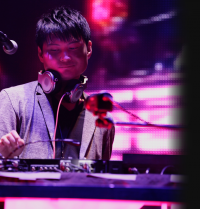 Yoshihiro Tagawa is the former leader of the doujin circle Riverside, under his _yoc. alias, where he mostly did Touhou Project remixes. He made his BEMANI debut on the JAEPO 2013 event, where it was announced that he would compose the final unlockable song of REFLEC BEAT colette -Winter-'s Pastel Adventure Legendary Mountain, Valanga. Since then, he has been a regular contributor to most BEMANI series.

His musical style is very keen on the drum'n'bass, electro and hard dance genres such as schranz and hard trance. He has also dabbled on rock and metal genres, as well as some fantasy tunes under his DJ Totoriott alias.

Yoshihiro Tagawa is part of the beatnation Records label as of February 15th, 2014, as DJ YOSHITAKA's choice. He's the leader and only in-house KONAMI composer of the new team, beatnation RHYZE. He was also one of the sound directors of REFLEC BEAT from REFLEC BEAT groovin'!! through REFLEC BEAT 悠久のリフレシア.