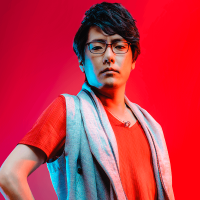 Yoshikazu Nagai, known as REDALiCE, is the founder of the ALiCE'S EMOTiON and HARDCORE TANO*C labels and one of the most famous artists in the J-Core scene. His style mainly sticks to happy and uplifting hardcore techno, but sometimes he even turns to harder and more aggressive variations, such as gabber. Lately, he has also stepped out into non-hardcore genres as well, producing EDM, house, and trap.

Under HARDCORE TANO*C, he produces compilations featuring original works composed by other TANO*C members (and occasionally guests from other labels as well) such as the HARDCORE SYNDROME series, one of the longest-running compilation series in the Japanese hardcore scene. Other than composing original songs, he produces remixes of music from the Touhou Project series of doujin games under the ALiCE'S EMOTiON label. He also works with Masayoshi Minoshima from the Alstroemeria Records label, forming the SAISEN TURN duo who parodies songs/re-enacts Touhou songs using assets and sounds from mainstream EDM producers.