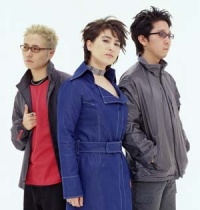 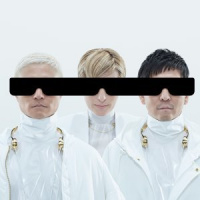 m-flo is a Japanese hip-hop group signed to avex, consisting of Japanese composer/DJ ☆Taku, Korean-Japanese rapper Verbal, and vocalist LISA. Formed in the late 1990s, m-flo have garnered a reputation around the world as one of the cornerstones of Japanese hip-hop, rap, and R&B.

m-flo is an abbreviation for mediarite-flo. Mediarite is a play on the words meteorite, and media rite (of passage).

In December 2017, it was announced the original m-flo lineup was reformed, and would produce new music in 2018.

☆Taku
Born Taku Takahashi (高橋拓) in Kanagawa prefecture, Japan on March 29, 1974. ☆Taku began his music career in the mid-1990s and decided to go full-time after positive reception of a demo tape containing been so long. Over many years, he has become one of the country's top DJs, not only leaving his mark on hip-hop but also helping the spread of dance music across Japan. When he's not working on m-flo, he's composing for various media projects, remixing several popular EDM producers and J-pop vocalists, or DJing at some of Japan's biggest clubs. In addition to all this, ☆Taku also manages the TCY RECORDINGS label and oversees the 24/7 dance music station, block.fm.

Verbal
Born Ryu Yong Gi (柳榮起) in Tokyo, Japan on August 21, 1975. He began rapping while on exchange in America during his early twenties. Verbal is also responsible for forming Espionage Records, and the label supports his pet projects The Heartsdales and MIC BANDITZ. He has also rapped for and produced many other successful acts including Namie Amuro, Bratzpack, and in 2003 he contributed to the SUITE CHIC project alongside other top names in Japanese hip-hop.

LISA
Born Elizabeth Sakura Narita (成田 エリザベス サクラ) in Tokyo, Japan on October 26, 1974.
LISA is half Colombian and half Japanese. She left m-flo in the spring of 2002, citing artistic differences. She has since resumed a solo career, with limited success. She rejoined the band for a collaboration (TRIPOD BABY) on their album BEAT SPACE NINE in 2005. A 2nd guest collaboration (SOUND BOY THRILLER feeeeeeeeeeat. LISA) was released in 2009 on the MF10 anniversary compilation. LISA re-joined m-flo as a full time member in December 2017.