Difference between revisions of "Bass 2 bass" 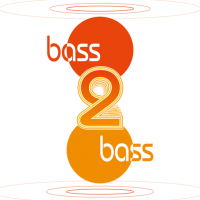 Several vocal samples can be heard.