Difference between revisions of "Depend on me"

Not to be confused with Depend on you. 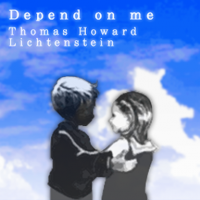 Depend on me's jacket.

※ The notecount of this chart corresponds to the later Drum EXTREME chart.
⁑ Denotes chart is unused and cannot be accessed through normal gameplay. Total notes: 444