This page is for the L.E.D.-G song titled 鴉. For the 黒踊社中 song of the same title, please see Karasu. 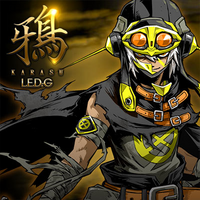 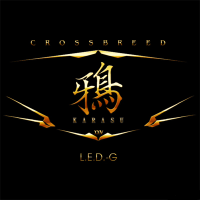 L.E.D. here. beatmania IIDX 24 SINOBUZ was just released, is everyone enjoying it?
Well, so for "Karasu", when I was thinking about what kind of style should fit for the first song of SINOBUZ, I went to a party and the DJ was playing a CROSSBREED song, which I thought it was very cool and liked it a lot.
At that time, I did not recognize clearly that this style was CROSSBREED, so I asked to an acquaintance DJ who also went to the same party, "what is the name of the style which sounds like a mix of DRUM & BASS and HARDCORE?"
By asking that, I was able to recognize the characteristics of a CROSSBREED song for the first time.
However, "Karasu" is closer to a HARDCORE song, which for games, it is a style that has been adjusted to add interesting parts to it.
CROSSBREED, which is a hybrid of HARDCORE and DRUM & BASS, is one of the trends of modern HARDCORE scenes, so please take a look if you are interested on it.

Aside from that, "Karasu"'s title was given by GOLI, who is also in charge of design.