Difference between revisions of "Kiyoshi Murai" 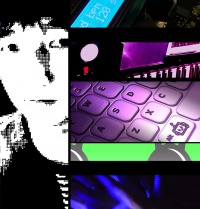 One of pop'n music's most frequent composers, Murai's history with Konami dates back to as early as the early 1990's, where he started off doing music for various Mega Drive games and music tracks for the then popular Tokimeki Memorial Vocal CDs, as well as the 1998 Red Company-developed RPG / dating simulation Mitsumete Knight. His first project for BEMANI was the 1999 pop'n stage ex, an updated release of pop'n stage with two new songs, one of them being his song WE TWO ARE ONE that was soon ported to pop'n music 4. Since pop'n music 4 he has appeared in every arcade entry. His style of music tends to drift more into a 1980's synth sound (as seen in his V.C.O. and ALT songs), though he's also dabbled occasionally in rock and orchestral sounding music as well.

Sometime around late 2017, Murai was transferred from Konami Amusement to the Konami Digital Entertainment department.