Difference between revisions of "Maozon" 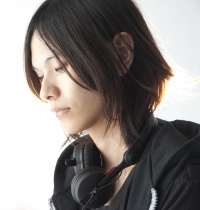 Maozon is a Japanese music producer who specializes in trance, drum'n'bass and drumstep genres. A member of the Diverse System label, where he also released his albums Hello and Again and FLY INTO THE SKY. He was hired by the music production company Digz (which also hired C-Show) after winning a remix contest and since then he produced doujin songs under the mysterious Scarfaith and Primal Beast aliases until late 2016, where Maozon revealed it was them after all. Maozon composed J Soul Brothers's R.Y.U.S.E.I., which won in 2014 the 56th Japan Record Award.

Maozon has contributed to CAPCOM's music game series CROSSxBEATS/crossbeats REV. and to SEGA's CHUNITHM series. In doujin releases, he continues to be part of Diverse System and occasionally pops up in some other labels such as HARDCORE TANO*C. He's a member of a newly formed drum'n'bass oriented label named Subdued Records.