Difference between revisions of "Shunsuke Sato" 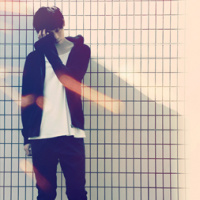 Shunsuke Sato, better known as SYUNN, is one of the latest artists to join BEMANI's in-house artist division. He debuted on jubeat Qubell in late 2016 with Megalara Garuda, the first BEMANI song to have all the charts rated the highest level at the time (being 10/10/10, in jubeat's case before festo).

Shunsuke began composing in 2011 and has appeared from 2013 to 2015 on DTM Magazine's online compilations that had the purpose to promote Japanese rookie artists. Shunsuke solely used his Soundcloud pages to post his newer songs, under the SugarS and Weeper aliases, as well as the new Ovis one in early 2018. He mainly produces dubstep, drumstep, EDM, and future garage tracks.