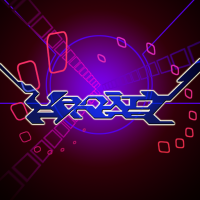 You have unlocked the song "VANITY ANGEL" by FIXX. Combining atmospheric euro-trance with pulsating beats, you will definitely want to get your fix of "VANITY ANGEL". Watch your timing closely and be prepared to practice the tricky dance steps.

※ This chart is different from its later arcade/console appearances (total notes: 325, no Freeze Arrows).